Published 1 Month Ago on Thursday, Oct 27 2022
By Mohamad Hashisho 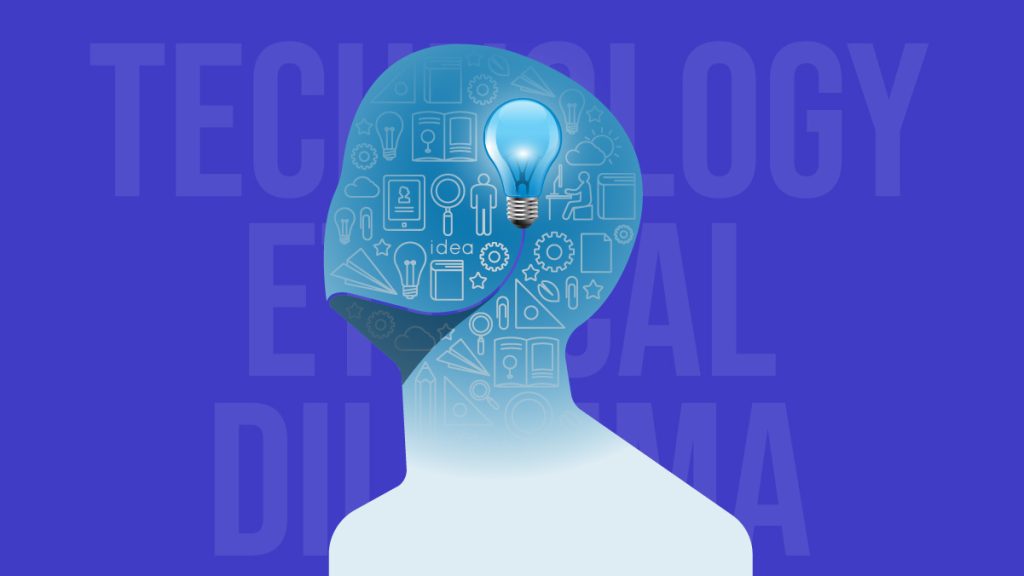 Humanity is taking leaps in technology at a rapid pace. Each day we are advancing more than the day before, but with such a tremendous technological dawn happening, it paves the way for technologies ethical dilemmas to happen. Such dilemmas face humanity as we ponder our existence among such technological revolutions. As we reflect on such predicaments, we must consider ways to prevent them.

The phenomenon of replacing humans with machines is finding its way into our society. It might be a subtle start, but it has already posed some ethical questions and has become one of the leading technology ethical dilemmas. This might seem like a harmless transition that will display our technological superiority as a specie. It can also solve many problems, eliminate risky workplace tasks, and leave machines to handle them. But at some point, you might be forced to pick a side.

This might sound like a science fiction movie, and it might end up being one. The more machines get jobs. The fewer humans do, and then what? Let us contain this in a factory: a human worker who works a physical labor job and makes the minimum amount resorted to this job for lack of options. Whether social or educational, the human worker needs this job, even if it is considered mundane and risky by robots.

So when a robot takes this job, the minimum wage worker is left to find another job in the current job market and economic crisis. Can you imagine having to pick a side one day? This is a mere example, but what if robots are not strictly used to automate only specific and limited tasks? Technologies are progressing rapidly, and we might be approaching the day when robots can do most jobs, but not certain ones.

We can hold our ground in the face of such an ethical technological dilemma is to make a stand and drawing a line in the sand to prevent excessive automation and unnecessary moral conflict. Indeed, no one would like to put employees in harm’s. Elevating such tasks through automation is a must. But humanity should hold its ground and not fall victim to the allure of automatons and get addicted and power-hungry enough to leave society behind.

Deepfake is a technology that allows you to hyper-realistically put the face of anyone on someone else’s body. At first glance, it sounds like a fantastic idea. Look more profound, and you’ll uncover something disturbing. The technology can be weaponized to defame and wrongly expose individuals. If someone has a biased opinion of someone else and hates them, they can deepfake their face on a video of someone committing a crime. Then proceed to expose and pretend that the person is a criminal and convince other people of such false accusations. Deepfakes can target people to spread misinformation for personal or political reasons. The average person can not spot any difference, which makes it dangerous. the Public can form an opinion before the clearing the matter, leading to emotional damage caused to the victim.

Furthermore, education is critical to prevent such scandals from happening. The more people know about how to spot a deepfake, the less susceptible they’ll be to believe it. It is one of the emerging technologies’ ethical dilemmas, and we can try to contain it before it is too late.

Giant tech platforms make massive profits as advertisers spend copious amounts to reach their audiences. The ethical responsibility is to provide truthful and accurate honest data. Advertisement fraud is surging in popularity since tech platforms can manipulate data to force people who want to advertise to pay more money, claiming that their ad isn’t reaching anyone, even tho it might be, or it can be purposely shadowbanned by the platform.

Moreover, companies sell data sometimes to make big profits fast. People will pay top-notch for it on the dark web, and even marketing agencies will want to have such data to target their ads better and gain more profits. Many instances have been taking place in recent times.

Finally, we can combat such obstacles by the implementation o regulations forcing ad data transparency. Penalizing such behavior in the hopes of limiting its spread, and one can only hope.

Every one of us has seen hundreds of terms and agreements forms in our lifetime. Even though we ticked so many of them and agreed and moved on with our day. Most people have never even read the terms and agreements. Signing something you don’t quite understand on its own is a worrying thought. Let alone signing some of your digital rights to apps or websites, some applications and tech providers hide behind sly words. They have a team of lawyers to help them frame some ridiculous demands in words that seem harmless. The latest example of such an ethical dilemma was Meta and their ridiculous invasive terms and agreements statements. You should take signing away rights to your data far more seriously than this. Some treat it as a joke at this point, which is concerning.

Education is a critical factor in preventing such things from happening again. Legal professionals can help with this matter extensively. Lots of free webinars exist on the internet already, and more people know that they should ask for a more transparent document to be signed or ticked on the internet.

Artificial intelligence found its way into many aspects of our lives, yet human biases also found their way into AI. The ethical and immoral tendencies did bleed into the technology, with some AI not recognizing specific skin colors or even assuming gender. When Ai makes some decisions and still have such biases, it is an unsettling ethical dilemma. If technology is tuned to replace humanity in some aspects, it should ditch such pointless assumptions. Racism should end, not transcend humanity and find its way to be exercised by machines.

Sadly, we still have to talk about this even after all these leaps humanity made. Racism is terrible, and we can prevent such ethical dilemma by simply being kind and ensuring whoever programs the AI software isn’t a horrible person. It shouldn’t be hard.

Technologies’ ethical dilemmas are a part of being human. Humanity will continue to advance, and we will continue to ponder and reflect on each issue posed by our technological advancement. This cycle should not deter society from trying to prevent such dilemmas. Each ethical problem solved can yield significant benefits for the world.

Inside Telecom provides you with an extensive list of content covering all aspects of the Tech industry. Keep an eye on our Ethical Tech section to stay informed and updated with our daily article.