The Best and Most Anticipated 2022 GameFi Crypto Projects 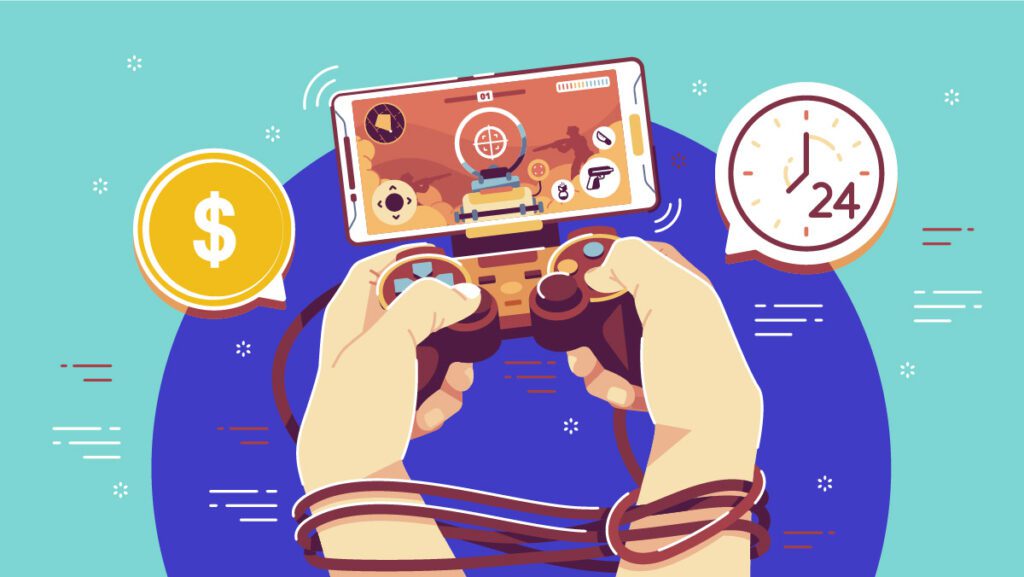 Gamified Finance, or GameFi, is erupting in the crypto world and represents the most prolific use of Non-Fungible Tokens (NFTs) today. It is a beautiful mix of two of people’s favorite things in life; Money and video games. 2022 GameFi crypto projects go beyond the mindless money-hungry phone tapping and produce video games that focus on what matters first, fun- and then put money into it.

Most 2022 GameFi crypto projects and those that were released in the last few years are, for the most part, boring, not too profitable, and have large upfront costs. A few projects do stick out, however, and while they may suffer from some of the same issues as mentioned, they are a cut above the rest in at least one of those factors and are working toward becoming even more appealing to potential players both in gameplay and financial incentive.

Let’s take a look at the top 5 of 2022 GameFi Crypto Projects that shatter expectations and fill you with anticipation.

Gala Games’ flagship project, Mirandus, is an ambitious massive multiplayer open-world role-playing game, or MMORPG, with a fully player-driven economy. From the lands to the buildings and shops, everything is player-owned and managed, making it a truly living economy.

Those who own the deeds in the game, the towns and cities that payers will traverse, can potentially rake in some serious money if the game takes off and gathers a large enough player base renting out land and doing business within the game.

Players’ buildings can be placed on another player’s land. After paying their lease to the owner who sets the terms, players must own a building that matches the size of the plot and can build it freely there.

The game aims to offer players the freedom to run the entire game economy, and the enemies that the player fights use sophisticated artificial intelligence to make it a real challenge to players.

Mirandus is not out yet, but the developers did say that it would be released in 2022. However, there have been delays, and it is not out of the question that it might end up released in early 2023. Still, it is worth keeping an eye out for.

If you know anything about play-to-earn games or have heard the term Metaverse, you will probably have heard of Sandbox. Referred to as the Roblox on the blockchain, players share player-created items, games, and experiences, own and build land and engage in a fully open world, Minecraft-esk world.

This game is one of the best examples of what the Metaverse seeks to be, and big celebrities and companies have already positioned themselves within the game by buying up in-game land plots.

This game brings a big twist to the much-beloved massive multiplayer action-adventure genre, where players can travel through space and time across different eras and locations using their’ time machine’. Your time machine is basically your wallet, where all the artifacts and tokens you acquire are basically cryptos and NFTs that are stored in your time machine crypto wallet.

With a vibrant art style, action-packed gameplay, and a world that expands as you play and level up, Big Time is taking the right approach to crypto gaming and is one of the most anticipated 2022 GameFi crypto projects.

A competitive card game where the player builds sets of cards representing living creatures that battle it out against other players. All creatures are NFTs in themselves; players have stated that its competitive and fast-paced nature is enough of a reason to dive in even without the financial incentive.

Competition is lovely, and even more so when you add the incentive of crypto rewards.

Illuvium is one of the most anticipated Defi games in the gaming business. It is considered to be the first Defi game with gameplay comparable to that of a AAA title. Created with Unreal Engine 4, the game boasts a beautiful open environment. It is also anticipated to be a visual pleasure for players and potentially financially lucrative as an open-world auto battler and NFT creature collector.

Illuvium is also working on a Zero subset of the main game. It will be used to create virtual assets within the Metaverse, much like The Sandbox does with virtual assets. Players may enhance the worth of their virtual lands by populating them and adding new resources. Players will use IlluviDex, an Illuvium NFT marketplace, to trade in-game items like weapons, skins, and armor.

While play-to-earn games have had a rough start in the last two years, they have come a long way. The games listen above go beyond the promise of meager financial rewards in exchange for boring and repetitive gameplay, but focus on what really matter, the fun, after which come lucrative financial gains for those who know how to grab them