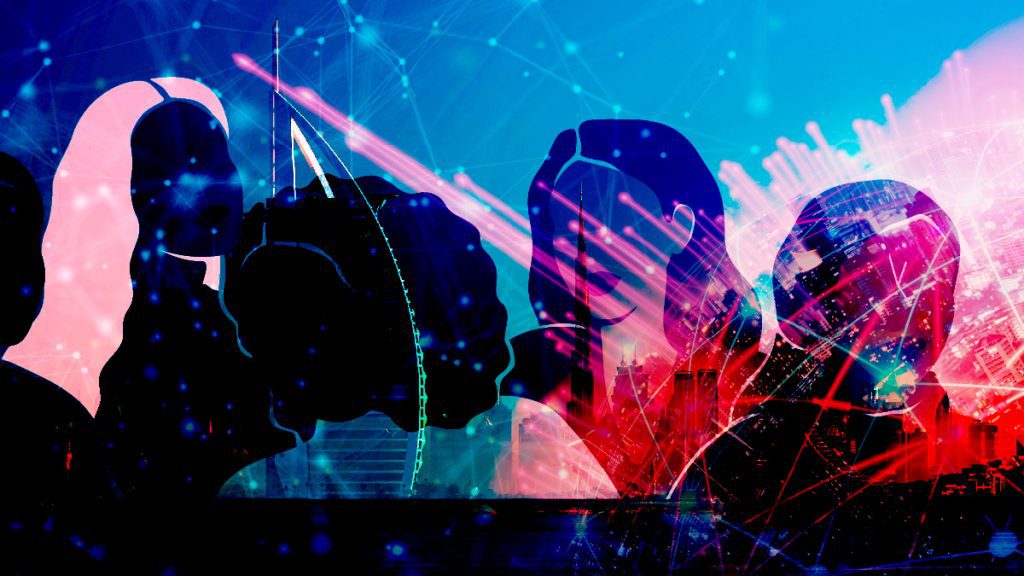 In the past decade, women’s engagement in various sectors increased through entrepreneurship or leading any position in companies and businesses. In a male-dominated society, the female presence encourages the role women can play in reshaping the fundamental structure of any sector. With the global technological drive, that role is also accentuated in the tech industry. In the UAE, Emirati women have proved to be a stirring stronghold, breaking new ground in any technological field. With a well-polished telecom sector, women in telecom are setting examples for other Emirati females to follow in their leads.

A Dynamic Evolution Shifting the Tides

The dramatic yet pivotal growth in the UAE’s telecom sector, most prominently with mobile operators, has reached a point where it has to meet the ever-increasing consumer needs. A new look at the telecom sector’s capability and points of growth was needed, as the telcos’ framework was expanding, not only on network engineers and administrators but also on software developers, data scientists, telecom engineers, and much more.

There has always been an ongoing brooding disputation around gender diversity in the telecom sector, not only in the UAE but on a global scale. This debacle does not circulate around ethical factors or capabilities. It is mainly centered around business and which party delivers a sharper understanding of the UAE’s telecom market’s customers’ needs. And now, year on year, Emirati women’s presence in the country’s telecom sector has proved to be a creative approach to adhering to and answering the consumer’s needs.

Overcoming the gender gap in the UAE’s telecom sector is in the making, and it’s well on its way to shaping the growth of some of the country’s leading telcos. While the historic gender gap remains and lingers in the shadows of some of the world’s leading sectors, in the UAE, gender diversity not only remains a central predicament, but it presents itself as a great prospect to further hearten and fortify the future of the telecom sector.

Awakening the Call for Gender Diversity

In the past couple of years, the Emirates has answered the call for gender diversity and lit the beacons of equal commitment to decrease the drastic gap between male and female representation in its telecom sector. While the UAE is investing efforts in managing the gender gap in its tech sectors, it is still not quite bridged, and the telecom sector is no exception. The Gulf region has invested efforts into reducing the gender gap in its tech sectors as an opportunity to impassion and enthuse the female presence and deliver equal opportunities.

The Emirates’ Telecommunications and Digital Government Regulatory Authority (TDRA) is directing some of its focus toward ensuring a robust female presence in the country’s ICT sector. The regulatory authority is contributing to the nation’s goals to uplift, incite, and intensify its hiring of females in its telecom sector, as women have always locked notable roles in the Emirate’s technology sector, as well as the governmental ones. The main goal behind the TDRA’s initiative towards closing the gender gap lies within its support to ensure a vital reinforcement in the UAE’s ICT sector and therefore ensure gender balance. A move that will make the UAE project its efficiency within the tech industry, more distinctively, the telecom sector, not only on a regional scale but a global one.

An indestructible female involvement will help secure the UAE’s stance and ambitions in fortifying its position as a regional digital transformation mogul and, potentially, globally in the long run. This is all plausible through a resilient and hard-wearing gender balance in the country’s ICT workforce.

The Emirates’ latest fixation on women’s empowerment in leadership positions is driven mainly by the reassuring, uplifting outcomes of leading women. The UAE’s ranking in the top 100 in the Global Gender equality gap rating has placed the nation in one of the highest ranks amongst the Gulf states, despite being relatively scarce compared to a global scale.

Women empowerment in the country’s internet business sector has proved that females are pioneering the UAE’s tech sector when given the opportunity, drawing a new image of a regional phenomenon, where women no longer need to direct their lively goals towards domestic responsibilities but rather towards other prominent roles that have societal and economic effect in their own way.

Reforming the conventional portrait of a male-driven society has proved to be a remarkable game-changer in terms of the UAE’s development and growth as a nation. Emirati women’s involvement in the tech sectors, particularly the telecom sector has empowered them and endowed them with equal opportunities in securing established positions within the industry.